Shine a light on how messages can be interpreted and interpretable.

This activity is suitable for any age- starting from primary school.

This game is very simple, but we have to highlight how each of us reinterprets the information we receive before sending it to a new receiver.

You all know the wireless phone game right? What we propose has a structure similar to this very well-known game, but it will have to be put into practice with variants.

The teacher will start the game by mimicking a movement (e.g. mimic the flight of a seagull that at some point swoops down to catch a fish)

The student (player 1) after observing the scene, will have to write in a few words what they observed. Next, they will touch the shoulder of the penultimate component (player 2) of the row to spin it and make him read the message.

Player 2 will have to spin the third-last of the row (player 3) by touching him on the shoulder and will have to mimic what he has read.

The fourth last shall report on the sheet what has been observed.

The teacher will have to stay outside the activity and observe what happens.

Once they are at the end, the leader and the last of the row will be put in front of each other and will have to mimic what they have just done.

This is supposed to compare the first gesture made by the teacher and the last one interpreted by the passages of the various pupils. 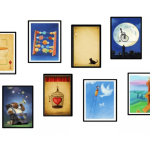 I IMAGINE YOU – understanding through images2 Trainers, facilitators, teachers 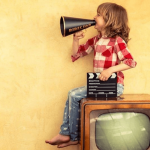