Bullying is unwanted, aggressive behavior/harassment among school-aged children that involves a real or perceived power imbalance. The behavior is repeated, or has the potential to be repeated, over time. Both kids who are bullied and who bully others may have serious, lasting problems.

They must be in charge of providing a safe environment for kids and making them feel welcome. Youngsters will be more likely to report bullying if they believe they are safe from bullies in their environment (sports club, school, camp…). Teachers, coaches, and instructors must be aware of the bullying policies and protocols to understand what steps must be taken to prevent these toxic dynamics.

They must be constant in their anti-bullying efforts and alert to what is going on with their learners. If they notice bullying in their domain they must intervene promptly. They must also communicate with parents and counselors in order to have a better understanding of why bullies behave this way and intervene to change their behavior.

There are a variety of warning indicators that someone is being bullied or is bullying others. Recognizing the warning signals of bullying is a crucial first step in addressing it.

It’s critical to have a conversation with youngsters who are being bullied or who are bullying others.

Although it is natural for parents to want to protect their children, it is critical that they recognize the warning signs and analyze the learned behaviors that they have adopted from outside the family environment.

Parents should maintain open lines of communication with their children so that they may discuss issues that concern them and identify solutions to help them gain confidence. They must also work alongside teachers to address the matter.

There are three types of bullying:

– Threatening to cause harm

– Leaving someone out on purpose

– Telling other children not to be friends with someone

– Spreading rumors about someone

– Embarrassing someone in public

Indicators a child is being bullied

Keep an eye out for changes in the child. Be mindful, however, that not all bullied youngsters exhibit warning symptoms.

The following are some indicators of bullying:

Don’t overlook the problem if you know someone who is in obvious discomfort or danger. Address the matter and seek assistance.

Kids who are being bullied

They have a higher likelihood of missing, skipping, or dropping out of school as well as decreasing their performance.

Kids who are bullying

Abusing alcohol and other drugs,  getting into fights, vandalizing, and dropping out of school as well as early sexual practices.

Other behaviors and consequences connected to these early dynamics are criminal convictions, traffic citations, and being abusive of their romantic partners, spouses, or children.

When children see bullying, they are more prone to:

Increase use of tobacco, alcohol, and other drugs. Being more vulnerable to mental health issues, such as anxiety, depression, eating disorders and lack of self-esteem. Missing or skipping school/activities.

The negative aspects of bullying have been receiving higher attention in recent years. Unfortunately, bullying is still an ongoing issue and countless people are constantly exposed to the harmful effects of it. In some of the worst-case scenarios, people have ended their own lives, believing this final act is the only way to escape their bullies.

Anti-bullying culture has never been more important for these and many other reasons. 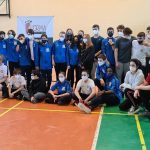 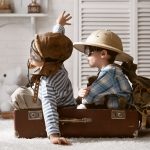