ALL UNITED TO FIGHT SEXUAL HARASSMENT IN SPORTS

Despite the efforts to create safe sporting environments across Europe by the EU Member States and sports organisations, it does not seem that the protocols that every federation or club have to prevent these situations are having the expected effect, since sexual harassment report cases are being reported in an alarmant way every week.

In this context, it is worth wondering if the current regulations are insufficient, if they are complied or not, if there is a lack of training in the matter, and if there are the necessary controls to minimize the risks suffered by those affected by the vulnerability of their age. Consequently, there is a consensus that a lot of work in this field has to be done, and to assure its effectiveness is should be mandatory to involve different actors (coaches, grassroots, municipalities, parents) while working at different levels (local, regional, European…)

The fight against this type of violence should start at the importance of raising awareness among players, coaches and technical personnel from an early age, and being able to promote the capacity of sports professionals not only to detect, but also to prevent from the very beginning these situations to happen. And apart from the sports associations, the challenge also embraces how to involve the families, to better-informed parents who will be able to detect and handle such situations. And last but not least, the importance of creating new open resources material on the matter of sexual harassment which serves to involve and compromise the policymakers, and everyone determined to move into this direction.

In this framework, we can highlight some initiatives already made in this field, such as the project “The Sport Respects Your Rights” that works in six European countries by mobilizing hundreds of athletes to receive training on these attacks and training in sports clubs and entities, or additionally the recommendations of the report Protecting athletes from harassment and abuse in sport  published by the International Olympic Committee (IOC), focused on how to create and implement athlete safeguarding policies and procedures.

And this is the case of the iSports project, which aims to develop a holistic approach for the protection of young athletes from any form of sexual harassment, empowering sport professionals, young athletes ,and sports clubs towards sexual harassment detection, prevention, and combat in 4 EU Member States and Turkey, and in which L’Orma participates together with other partners such as the Frederick University and the Center for Social Innovation LTD CSI (Cyprus), the University of Thessaly, the Hellenic Volleyball Federation, Helping Hand NGO, and Symplexis (Greece),  Organizzazione per l’educazione allo sport (Italy), Business World and Sustainable Development Association and Unye Gucu Futbol Kulubu Dernegi (Turkey), and Champions Factory Ireland Limited (Ireland).

Thus, the partnership has strength with its composition by many different kinds of partners, in which everyone can bring their own expertise and methodologies, to commonly work in the field. For example, as Dr. Papacosta from the Physical Education and Sports Sciences University of Thessaly has declared some weeks ago: “Being a University with expertise in the field of physical education and sport sciences encourages us to have participate in iSports and have undertaken the task of creating educational tools which will then be evaluated and finalized is not only critical but also essential to combat and succeed projects objectives to eliminate this unwanted phenomenon”

We will keep you updated on the news of the project. 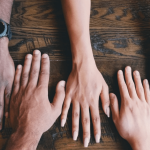